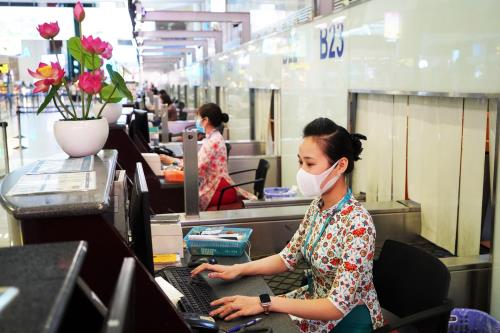 The Ministry of Public Security has directed the Immigration Management Force not to issue tourist visas to Vietnam from people from the Wuhan pneumonia epidemic area.

On January 29, the above direction was given by the Ministry of Public Security in the official dispatch to local police and throughout the people’s police force.

The Ministry of Public Security believes that the pandemic pneumonia caused by a new strain of nCoV virus is complicated in China. Vietnam has a long border, high traffic and trade with China, so the risk of this disease spreading and possibly breaking out is great.

The Minister of Public Security requires police from units and localities to coordinate with relevant ministries and branches to strictly control entry and exit at land, air and sea border gates (both people and goods, especially especially prohibiting the import and transportation of wild animals into Vietnam), strict medical quarantine at border gates …

The Ministry of Public Health’s Department of Public Security is tasked to assume the prime responsibility and direct the public security clinics of the People’s Public Security Forces to coordinate in setting up a number of standing mobile epidemic prevention teams. Hospitals: August 19, September 19, April 30, Traditional medicine actively responding and ready to receive patients when directed by the Ministry of Health in preventing and combating respiratory tract diseases. acute respiratory infection due to new strain of Corona virus.

The police of units and localities have strengthened inspection, detection, prevention and handling of cases of spreading false information about epidemics.

Since its inception on December 31, 2019, the coronavirus respiratory virus belonging to the Coronavirus family has claimed the lives of 170 Chinese people and the number of infections in the country is 7,711, mostly in Wuhan. More than 50 million people were affected by blockade orders in Chinese cities.

The disease has spread to provinces and parts of the world. Many countries are evacuating citizens from Wuhan, and flights to and from China have been canceled.

Article Name
Stop issuing visas to people from Wuhan pneumonia epidemic area
Description
The Ministry of Public Security has directed the Immigration Management Force not to issue tourist visas to Vietnam from people from the Wuhan pneumonia epidemic area. On January 29, the above direction was given by the Ministry of Public Security in the official dispatch to local police and throughout the people's police force.
Author
SASCO Travel
Publisher Name
SASCO Travel
Publisher Logo