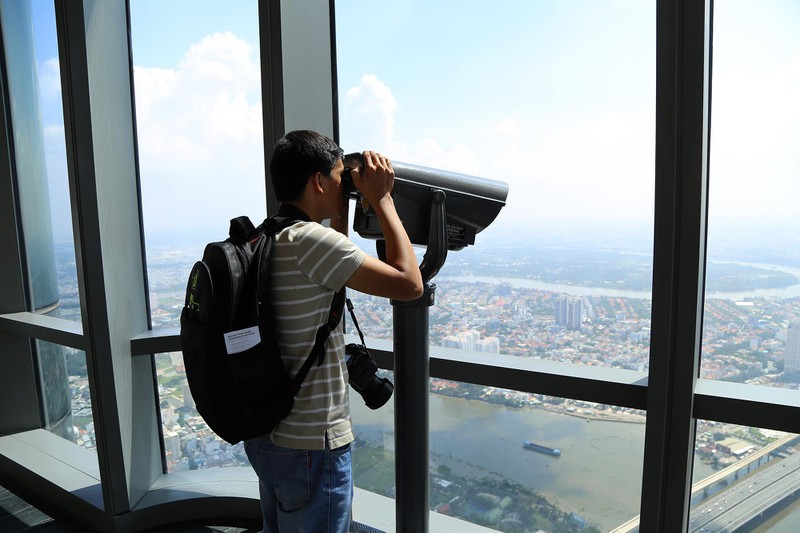 HÀ NỘI — Việt Nam’s immigration laws will undergo a radical shake-up this summer in an effort to widen the doors for tourists while protecting the country from foreign criminals and illegal workers.

“Starting July 1, visitors entering Việt Nam will be granted a temporary residence stamp upon arrival with the duration of stay matching their visas,” said Minh.

This will lessen the burden for foreigners who have visas valid for over 12 months because under current laws, they need to apply for a permit extension even though their visas are still valid.

Foreign tourists by Hoàn Kiếm Lake, Hà Nội. Under new immigration laws, visitors on a tourist visa will need to do more paperwork for a trip longer than 30 days. — VNA/VNS Thành Đạt

But visitors here on a tourist visa will need to do more paperwork if they want to stay longer than 30 days.

“For tourist visas which are valid for more than 30 days, tourists are only given a 30-day temporary residence stamp,” Minh said.

Foreign tourists can still get three-month visas, but they need their passports stamped every 30 days, which will cost US$10 (VNĐ230,000) each time.

“Tourists can apply for an extension once or multiple times, but the maximum stay is 90 days. After this period, they must leave the country and if they want to return to Việt Nam, they will have to apply for a visa again,” Minh said.

The new regulation is aimed at preventing crime and illegal workers.

“There are foreigners who have taken advantage of the three-month tourist visa to engage in activities that violate Vietnamese laws, such as high-tech crime and working illegally,” Minh added.

He also advised tourists to apply for electronic visas instead of the traditional paper ones as “it was a much easier and quicker”.

Currently, electronic visas are available for citizens of 80 countries.

The new laws will also address concerns of many citizens from the 13 countries under Việt Nam’s unilateral visa waiver programme, especially South Koreans and Japanese, according to Minh.

Another major change is for the first time, eligible foreigners are now allowed to change their visa status without leaving the country.

“They include foreign investors or representatives of foreign organisations that invest in Việt Nam and their families, and foreign workers who receive job offers in Việt Nam or enter the country on e-visas as long as they have a work permit or confirmation they are exempt from a work permit,” Minh said.

To prevent the misuse of current rules, the new laws also regulate that foreign investors with capital of less than VNĐ3 billion (US$130,000) can only obtain a one-year visa while those investing from VNĐ100 billion can get a 10-year temporary permit. At the moment, all certified foreign investors can obtain a five-year visa regardless of their investment.

All the changes are part of the amendments to the Law on Entry, Exit, Transit and Residence of Foreigners, approved by the National Assembly late November last year.